That cool breeze you felt this morning blew in from the icy recesses of the underworld, the result of a sudden climactic change that occurred because labmate and occasional commenter Wladimir Labeikovsky successfully defended his thesis on the interaction of tau with prolyl isomerase Pin 1 yesterday. He now has his Ph.D., a sure ticket to worldwide fame and fabulous wealth. Congratulations to him on bringing a successful conclusion to a long graduate career, and looking good in a suit. Hit the jump for pictures. 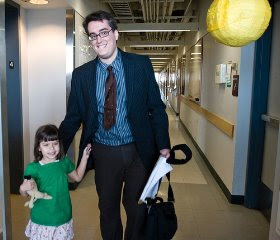 Wlad cleans up nice, doesn’t he? 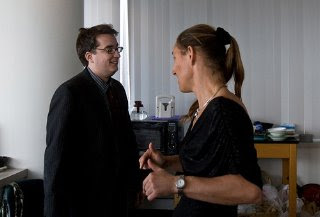 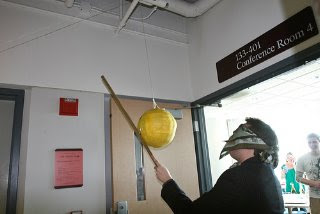 Little known fact: as part of your training for grant applications, you must successfully break a piñata in order to receive a Ph.D. in biophysics. The piñata in this case is full of candy and Skyy vodka sample bottles. 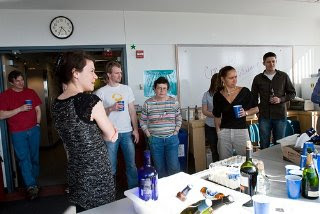 Here’s a view of the party afterwards. Nothing says “science” like a bunch of folks standing around drinking. 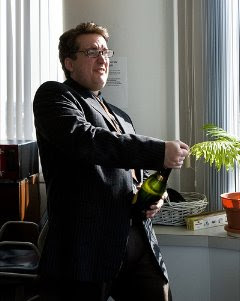 Wlad attempts to murder a committee member with a champagne cork. 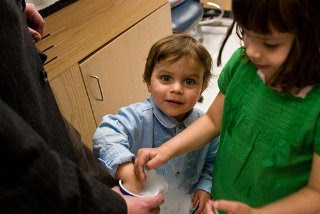 Here we see Wlad’s adorable godchildren during the brief time that they were not covered in frosting. 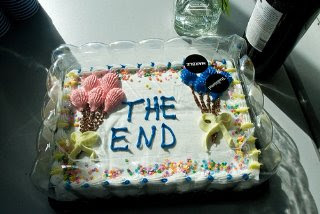 By the way, I would appreciate it if whoever received my worldwide fame and fabulous wealth in error would forward them to me promptly.

One Response to “Congratulations Doctor Labeikovsky! (Now with photographic evidence)”